Drones have become very popular ever since they were made available commercially to consumers. Radio-controlled aircraft is nothing new; however, drones are not the same as flying planes or helicopters. For one, they’re much more comfortable to fly. Moreover, the inbuilt balance of drones, together with futuristic camera technology, has allowed people to capture aerial views.

There is a drone to thank every time you see a wildlife documentary or a movie with beautiful aerial views of the city. So it’s no wonder that you are interested in capturing some stunning shots and footage of your own. And so drones are becoming popular and more affordable.

There are a few things you have to know before you purchase your very first drone.

Features To Consider When Buying a Drone 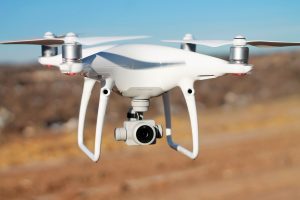 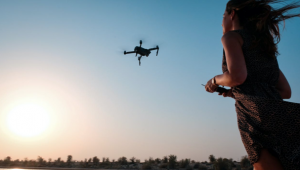 So, why exactly do we recommend that you start with a cheap drone? Well, while your flying takes an upward curve, your drone will crash a lot.  And because gravity doesn’t forgive, it will break into many pieces.

However, some drones are meant for indoor uses, but they react to controls the same way as their expensive counterparts. Use these to learn how to fly inside the safety of your house. There are also some amazing large drones available for cheap, which do offer features like the hover and headless mode, giving you a bit of experience on how to fly an expensive drone. 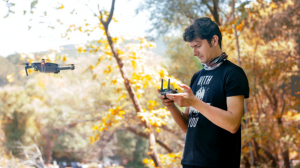 How Do You Know Which Drone Is Right For You?

There is a lot to consider when buying a drone. It’s just not as simple as entering a store, picking up the first one you see, and starting to fly. You will have to consider all the factors mentioned above before you make a purchase decision and later, when you begin to use your new drone. With so much to consider, this may start looking like a job than a hobby.

However, a bit of research and consideration is required before making any purchase. But it certainly won’t be a waste of your time. Once you find the right drone for yourself, you will be glad you put in the extra effort.

Flying drones is fun. It can also give you photos and footage that you won’t be able to get in any other way.  There is a reason why drones have become increasingly popular and why there is so much money invested in building drone technology because they are superior to modern aircraft.

So spend some time in your research and pick the drone that’s right for you. Have a conversation with experienced drone flyers, read online reviews. Give some thought to how and where you will be using your drone. A drone for a crowded city is different from one meant for lots of open space. However, there is a drone out there for you; all you need to do is find it.

5 Things to Know Before Buying a Drone