Today’s market is flooded with competitive drone options, given the amount of innovation in recent years. And it is hard to find out which drone is the best choice for you. No matter a beginner or seasoned professional, a new drone in your collection adds new possibilities to your creative endeavors. Considering that many of today’s drone options combine excellent image quality with ease of use, giving an impressive addition to your collection. We have compiled a list of the top ten best drones of 2020 that can be used by a beginner. These drones provide distinct advantages and are the leaders in their class. 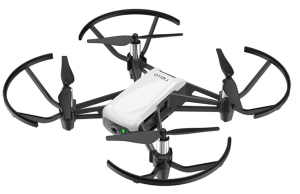 Ryze Tello is an inexpensive drone that is flyable via smartphone or laptop. It is easy to fly and is programmable with scratch software. However, the video quality isn’t the best around, but it’s a fun drone for beginners. It weighs only 79g because it is so light it doesn’t require registration before a flight. 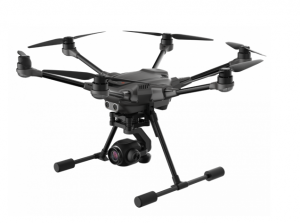 The Yuneec Typhoon H Plus is a drone with a six-rotor design; it is equipped with intel real sense technology. It records 4k video raw and JPEG image capture. It has a remote control with an integrated LCD display and supports GL operator control, but it’s a bit expensive and has some room for improvements and added features. 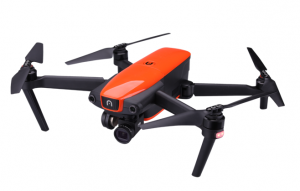 Autel Robotics Evo is a compact folding drone with strong battery life. It has a stable 4k video up to 60fps. It also records 2.7K video at 30 fps and 1080p video to 60 fps. It has a dedicated remote control with an LCD display. Evo also has an obstacle detection system and works with or without a smartphone. 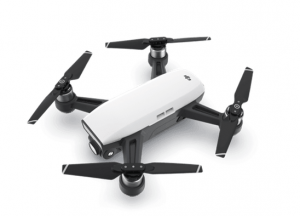 DJI Spark is a small drone with gesture-controlled selfies. Even though it is small, it’s loaded with features and functionality. It records 1080p full HD video up to 30 fps with 2-axis stabilization. Spark has automated shots with subject tracking and obstacle avoidance. It has a controlling app that could be installed on your smartphone or tablet. However, it’s flying time is very short for about 16 minutes. 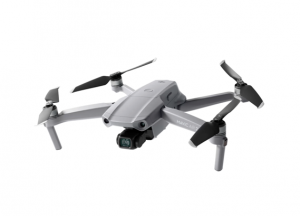 DJI Mavic Air 2 is a significant improvement over the first Mavic Air.   It is an excellent all-round option for both professionals and beginners. Just like Mavic Mini, it offers excellent 4K video at 60 fps, along with a wide range of shooting functionality. The Mavic Air 2 makes an incredible improvement over its predecessor, with a host of new features at the same friendly price. 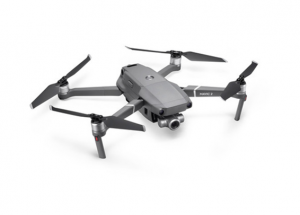 The DJI Mavic 2 Zoom is a great option for enthusiasts pilots. It has an optical zoom lens, which sets it apart from other drones. It gives fliers a chance to capture close-ups of subjects while keeping a safe distance. And its zoom lens shows a new world of possibilities and creative potential. Mavic 2 Zoom is loaded with features like a 12MP camera, which records 2.7k video. It has its very own dedicated remote control. Features like obstacle avoidance and excellent battery life for about 31 minutes of fly time for a range of 8000meters are also included. 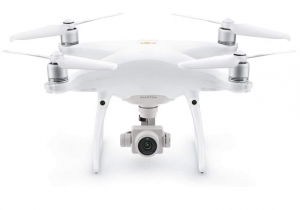 DJI Phantom 4 Pro is the best and most progressive drones to be found these days. It has a 20mm lens, a 1/2.3-inch sensor with FPV support, and an obstacle avoidance system. There is a built controller that connects to your smartphone through the DJI Go 4 or Pilot apps. Both enthusiasts and professional fliers alike are appealed with its sleek magnesium alloy body and glossy white finish. It is a compelling choice for beginners with a host of features and a helpful beginner mode. It is a complete solution for your aerial needs as it builds upon the successes of its predecessor. 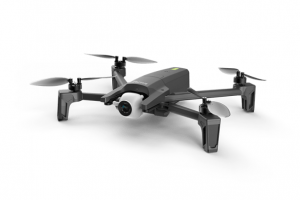 The Parrot Anafi is a very small and folding drone ideal for traveling. It charges through a  USB C and has 4k video with HDR. It also has three times a digital zoom lens supported with a  big battery that operates for about 25 minutes. It has a 180º vertical range, allowing the drone to take photos upwards. This is a distinct and rare feature in these kinds of drones. With a 2.8x zoom lens, it provides a zoom to get close to subjects without reducing the image quality. Anafi records videos at a slightly wider 17:9 aspect ratio cinema 4K, it is a rare feature for this drone class. 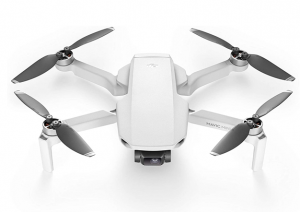 The Mavic Mini is a lightweight design that has no need for Government registration. After releasing this model, DJI has monopolized on the sub-250g lightweight category. It has a 24mm lens, a 1/2.3-inch CMOS sensor,3-axis mechanical stabilization systems, and landing censors. It records 2.7K video at 30 fps, and 1080p video up to 60 fps. It has its own Mavic Mini controller, which uses your phone as a display through the DJI fly app and has a range of 4000m approximately.

Remember to look for the features of drones you’re interested in, and no more. Don’t buy a drone that has features you don’t need and won’t use. You will end up spending more on a drone, which will weigh more and won’t perform the way you are looking for it to perform.

Buying Your First Drone – Which One Is Right For You?